Over a year to the day  has passed since  tragedy struck Trefelin Boys & Girls Club in a way no one ever imagined and one which will affect the club forever. 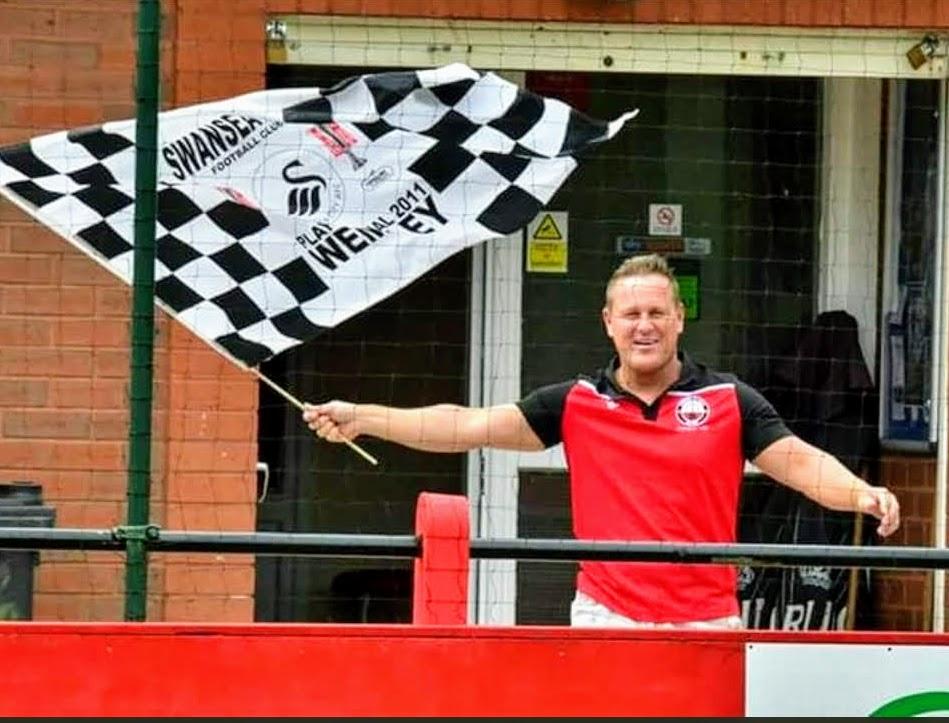 On the 4th September 2019 Darren Phillips husband, father, son, loved member of the club and committee took his own life.

For those who knew Darren, the words “life and soul of the party” would be the perfect example of a man who threw himself into all aspects of club life with enthusiasm and a smile.

How could this happen? What did we miss? What can the club do to prevent this happening again? These are the questions that we still discuss daily.

To give some context.

The simple fact is that mental health and suicide are a problem not only in Neath Port Talbot but across the country. There is no way to sugarcoat this bitter pill, way too many people die from suicide in our communities. Simply put, the stigma around mental health remains, people (especially men) are ashamed to talk about their feelings, and this is especially true in a sporting context.

Could we have done something different in the club to prevent the tragedy of Darren’s death? Unfortunately we will never know, but we can work harder to ensure suicide is less of an issue in our community. Talking about your feelings should not be seen as a weakness. As a club, we are committed to making a positive impact. We have already taken our first steps in the aftermath of Darren’s death.

Martyn Wagstaff has been appointed as Mental Health First Aid Officer. Club officials have had been given mental health awareness presentations by local mens health charity the Marauders, and many members of the club committee are signed up to complete Mental Health First Aid training in the coming year. We are making strides, but more can be done.

Before writing this article, I had a long chat with Martyn Wagstaff. I asked a simple but essential question: “How do we tell if someone is struggling with their mental health”? Martyn’s answer was not what I expected and maybe provides some context to mental health issues which may have affected your family and friend.

“Mental Health issues cannot be bracketed, no one person has the same symptoms, if there was a magic way to diagnose the symptoms dealing with things would be much easier, however this is not the case.

There are some triggers which may make you concerned, such as changes in behaviour, but the message to take from the tragedy which we all still feel to this day is if you’re concerned about anyone take the time to ask, you may not get an answer first time but it will help.

As Trefelin Boys and Girls Club Mental Health first aider my role is to ensure the club is a safe place for people to discuss mental health if they need to and those within the club can signpost those with problems to further support channels if required, the club has been extremely proactive in this area which is fantastic to see, from raising awareness via the sale of Noggin hats to support mental health charities from the openness of members to embrace our approach to mental health which is extremely positive.

My role will not only be within the club and I have been approached by other community groups to discuss our approach to mental health awareness with them something I am more than happy to do.”

From conversations with Martyn, a few things have struck me quite hard. Firstly, how big an issue mental health and suicide is in our communities and secondly its an area where everyone can have a positive impact. Very few of us will qualify medically to help those in need, but we can all promote mental health awareness. Just ask your mates how they are doing, look for signs of changes, be open to conversations around people’s feelings. Yes, it may be uncomfortable to start with. Still, the alternative is something everyone has been touched by, and any chance to prevent it happening again must be taken.

As a club, we are still mourning Darren (we always will be), we don’t have all the answers when it comes to mental health awareness, but we have set our minds to making a positive impact in this area, and we hope you will join us on our journey. Don’t be ashamed to talk about your feelings anywhere and especially at our club. We are committed to making the environment a safe space for all those who attend. We will make an effort to ask everyone in the club how they are feeling, to look for changes in our friends and members and to raise the awareness of mental health issues in the community wherever is possible.

We can’t change what happened, but we can positively affect the future. For all the promotions and cups won at the club if we can succeed in our mental health mission, we will have indeed achieved.

We hope this article has given some context to our work in the area of mental health awareness if you are interested in this please contact us via Facebook or Twitter DM. Below are some useful numbers and website should you or someone you know need support:

There are a number of points of contact available for help and advice in Wales. In the first instance it maybe advisable to contact your GP or Social Worker or local hospital, you can get details of local NHS services via www.wales.nhs.uk

C.A.L.L. (Community Advice & Listening Line) offers emotional support and information on mental health and related matter to people in Wales and can be contacted on 0800 132 737 or via www.callhelpline.org.uk

Marauders Mens Health is a charity who aim to create a Network of Men through a Walk and Talk principle, uniting Men to share experiences and open up regarding their health. Information can be found at https://malsmaurauders-menshealth.org